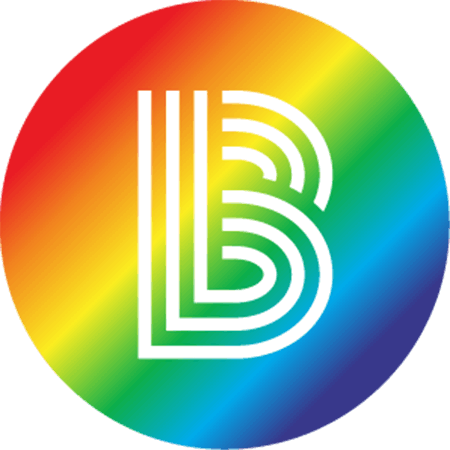 LGBTQ big brothers, sisters and couples as well as LGBTQ ‘littles’ are welcome in a program that does careful matching 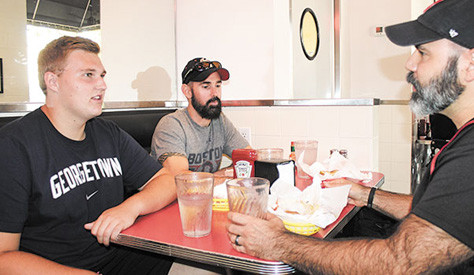 Roger was 5 when his dad died. When Amy Jahnel, Roger’s mom, joined a grief support group, the group leader suggested she look for a mentor for Roger through Big Brothers/Big Sisters.

Dennis and James Bradanese had decided to volunteer with BBBS through its Big Couple program. But other parents turned the couple down as potential “bigs” for their children. As far as Roger and his mother, that was good luck.

“God bless their ignorance,” Amy said about the parents that turned down the Bradaneses. “They [her son and the couple] clicked the moment they met.”

Amy said it took almost nine months after she and her son entered the BBBS program before the Bradaneses came into their lives. But now, after nine years together, they’re like family.

Amy recalled the day her son met his Big Couple. He drew them a picture that they still have, and they played video games together. She said over the years, the couple has taken Roger to theater, and they’ve gone to sporting events. They’ve been to Boy Scout meetings and shown up for dads days.

In fact, soon after the Brandaneses came into his life, Roger was upset because it was dads night at his school. All the kids would be there with their fathers. Amy called the couple at the last minute. They were on their way to Fort Worth where they had theater tickets.

But, she recalled, “They turned their car around and went to the father/son event” instead.

Amy said she’s thrilled with any time the Brandaneses spend with her son. They taught him to ride a bike. They took him horseback riding for the first time. Now that he plays varsity football, they go to his games.

“They’re very important to him,” she said.

James had a big brother for a couple of years when he was a kid, and now, he has been an elementary school teacher for 14 years. So “Mentoring is something I’ve always been interested in,” he said.

When the couple discussed Big Brothers, Dennis thought it would just be something his husband would do. Then he learned he’d have to go through the screening process whether or not he participated, and they learned they could participate together as a big couple.

While BBBS is looking for a one-year commitment, these particular bigs assumed their commitment would last until their little turned 18.

Roger remembers when he met his bigs and described how their relationship has evolved.

“Back then, we did fun things I was interested in — movies, horseback riding, ice skating, my first Cowboys game,” he said. “We hit it off the first day. I played video games for hours with James.”

He said he knew from their first visit that these would be people who were going to be in his life for a long time.

“We slowly got closer and closer,” he said. “I could talk to them about stuff from the beginning.”

His mother said she’s heard him discussing things on the phone with the guys a number of times. He agreed but couldn’t be specific.

“Anything going on in my life,” he said of the topics of their discussions. “School. Anything I didn’t want to talk to my mom about.”

Dennis is proud of how they’ve helped Roger broaden his interests. Before becoming a varsity football player last year, Roger was involved in theater. Dennis takes credit for that.

For four years, Roger got a scholarship to go to camp in Colorado. He described it as a “rich kids camp” where he was completely unplugged for a month.

“Dennis and James came up for parents weekend,” Roger said.

Before that, they visited him at Boy Scout camp in West Virginia.

Dennis said they usually do things with Roger together, although sometimes BBBS gets them tickets and it’s only for two. James added that occasionally over the years, one or the other had another commitment so just one of them spent time with Roger.

As Roger enters his junior year in high school and has gotten his drivers license, they don’t always see each other for regular activities as often, but they text and phone often.

“He’s just a part of our lives,” James said, adding that he wants potential bigs to understand one thing about having a little: “We get as much out of it as he does. When we went ice skating, it was my first time too.”

But they’ve all gained something much deeper from the experience.

“Knowing I’ve made a difference,” James said when asked what means the most to him about the experience.

“All of my co-workers know about Roger,” Dennis added. “I can’t wait to see what he becomes. He’s wicked smart and friendly.”

Just as the fact that his bigs are a same-sex couple has never been an issue to Roger, its never been an issue to the BBBS organization, either. If anything, the couple has been held up as role models for other bigs and were even once named Big Couple of the Year. They said the organization is looking for more LGBTQ people to be bigs and that it’s something parents should welcome.

“They want parents to know if their child is struggling, they’ll accept anyone,” James said.

And what do they expect of Roger in the future?

“I could see Roger becoming a big,” Dennis said.

“Each scenario is different,” said Michael O’Teter, chief program officer of Big Brothers Big Sisters Lone Star, the DFW affiliate. O’Teter, who is gay, wants to dispel any notion that LGBTQ volunteers are unwelcome in his organization.

LGBTQ inclusion passed into the organization’s national standards in 2002. Now, BBBS has started an LGBTQ initiative.

“We serve children who are at risk,” said Pam Iorio, national CEO of BBBS. “LGBTQ children have challenges — higher rates of drug use, drinking, smoking. We’re intentionally reaching out to this community.”

To create the best program possible, they’re working with Human Rights Campaign to tap into its expertise. Iorio said they’ve created a program they piloted in 10 sites and are now rolling out across the country.

While Dallas wasn’t one of those original cities, O’Teter didn’t wait to try some of the ideas from the pilot program. He reached out to Kat Ralph, facilitator of OUTreach Denton, an LGBTQ youth group that meets at Denton Unitarian Universalist Fellowship.

About 22 youth attend OUTreach each week.

“A lot of kids come in just once,” Ralph said. “Many of them don’t thrive in large groups. Some kids need one-on-one contact.”

She said a large number of those who come to OUTreach Denton are foster children or come from one-parent families, and while there is often a stigma about LGBTQ people working with youth, Ralph said that working with O’Teter, she’s learned that’s not the position of BBBS.

The BBBS attitude, Ralph said, is “’Hey, we want you.’ Big Brothers/Big Sisters has been welcoming you for years.”

Iorio agreed: “We’re all about acceptance.”

She said all the organization is looking for is people who can be stable, caring role-models.

As more young people have become comfortable expressing who they are at a younger age, the organization began including LGBTQ training for all bigs.

“When a little expresses who they are, we have to make sure the big is trained,” she said.

Safety is a top priority. Every big goes through a lengthy interview, rigorous background screening and reference checks as well as thorough training. “We put every volunteer through the ringer,” O’Teter said.

But the Bradaneses described the process as simple. Although Roger knew, the couple was surprised to hear they had been turned down by a couple of parents before they were connected to the Jahnels.

“We don’t want people to exclude themselves because of assumptions,” O’Teter said, adding that BBBS asks about sexual orientation to help them make the right matches. Out is good, he said.

“Someone not in a good place being gay could be a problem,” he said.

He also said once a match is made, a match support specialist works with the big. That person is there to troubleshoot problems as well as leverage good things.

Sometimes, the big will see problems in the home, like the electricity being turned off or bruises on the little that might indicate abuse. On the other hand, through the organization, the match support specialist will provide tickets for theater, museums, sports and other events. They’ll put together meet ups like an afternoon of putt-putt or an annual picnic.

O’Teter said most of the matches that don’t work are because life happens: Kids move or an adult’s situation changes.

“A small percentage we bring to an end because we have a concern,” he said.

Success is a match that works for a year with at least two visits a month.

Anyone interested in becoming a big brother, big sister or a big couple may apply online. The local BBBS organization will call within 72 hours and schedule an interview as quickly as possible. Training is done online.

This article appeared in the Dallas Voice print edition August 18, 2017.