Match Story by former Little B... 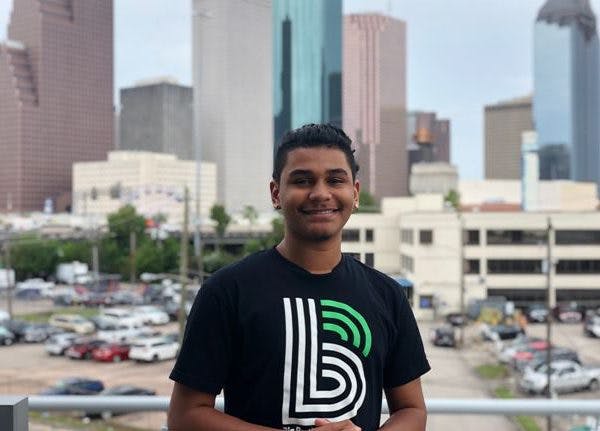 “I was 12 when I joined BBBS because of the passing of my father, Anthony Rodriguez. My mother, Tiffney had suggested I get into a program to help me with through the grieving period. After our conversation, we started to look for different organizations that could possibly help and then we stumbled upon Big Brothers Big Sisters. I was really to myself at the time, and was honestly not interested in joining. Mom had convinced me that it was going to be fun and encouraged me to try something new. After agreeing, we then started the match process.

Soon after, a Match Support Specialist named Ms. Cynthia got started on my case. She got back to us very quickly and asked us certain questions to narrow down the search for a Big. After a while she had found a possible match.

My match’s name was Sean. Days go by, and then finally, it’s the day I meet my Big! I was excited but also super nervous at the same time to see who my new Big would be. I waited there with my mom by my side, anxious on how the experience would go. Then, a man finally walked through the door. At first I didn’t know that it was my new Big, but it finally registered when he started it talking to us. After the initial greetings, we sat down and talked about things we liked to do. We were very relatable to each other, and kept up a great conversation. After meeting Sean, I thought, “Man, I was lucky!” I could have been matched with someone who I was a polar opposite to, but that is what Big Brothers Big Sisters was there for. My mom and I left the match introduction both very satisfied with my new Big and were excited for the future relationship.

Sean followed up a week later to see if we could hang out. Of course, I said yes. We went to go get something to eat. Years later, the exact details are vague, but I do recall that it was a great restaurant. After a while of knowing each other, we figured out each other’s interests. Sean’s was a big sports fan liking golf, tennis, and football. My interests included football, cars, games, and food. They did not exactly line up, but it was not a problem. We also a shared love for food and movies. Some of our favorite spots to visit were the movies and TopGolf. I ended up meeting his family and his dog Rafa. They were excited to meet me and were super nice.

Later on, in our time match, Sean took me to a football camp which was supported by former Texans running back Arian Foster. At first, I was nervous about the camp, but when we got there, I opened up like a flower in blooming season. I had lots of fun showing off my receiving and rushing skills at the camp. Sean was surprised that I was as good as I was, and honestly, I was too. After the initial practice, we played a couple of games and went home. Sean said he had an awesome time watching me play football and said he was proud of me for my performance and how I opened up from the very beginning. It impacted me, as a kid and as a person in general. It was rare for me to get a compliment and a statement like that from someone not in the family, so it stuck out to me. I never acknowledged what he said until one day I was reminiscing and remembered his statement. We both did not realize that his statement would still be in my memory, as he was just being honest.

When I turned 14, Sean came by my house to drop off an unexpected and awesome present for my birthday. He had bought my Mom and me Texans tickets and asked me to join him and his girlfriend to the game. The best part about it was that both of my favorite teams were playing: the Texans and the Buccaneers. Both have been my favorite teams for a while now, and he knew how much I love them. I was speechless and so thrilled. When Week 3 of the 2015 season came, it was time for the big game. I was immensely excited about it. It was one of the best days of my life thus far. We had so much fun, and I couldn’t lose, since both of my favorite teams were playing. The Texans ended up winning 19-9 and I got to see hopefully future Hall of Famers, J.J. Watt, Deandre Hopkins, and Vincent Jackson play! I had such a dreamlike feeling during the game. We all took an Uber back to our house and talked amongst each other for about an hour or two sharing each other’s favorite play-by-plays. It was an amazing experience to have both my mom and Sean by my side at the football game.